Want Your Brand In Bright Lights? Build From The Bottom 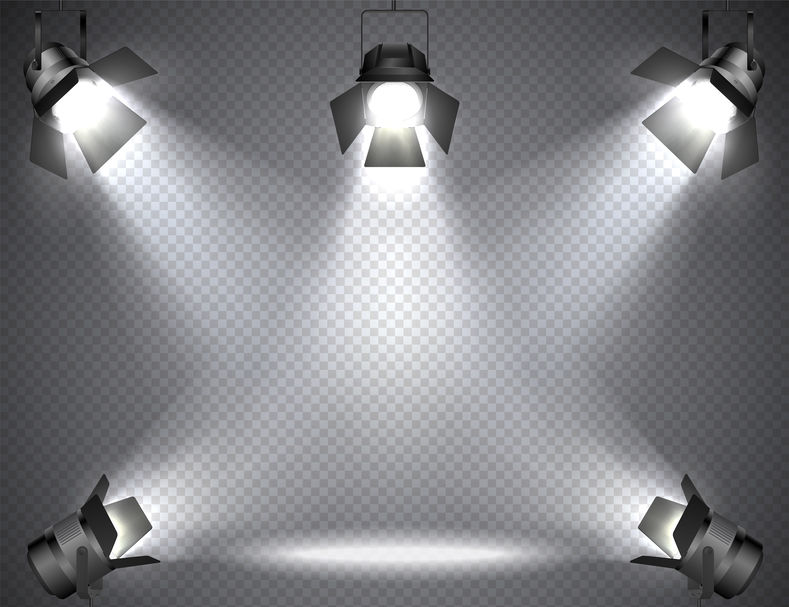 Every business owner thinks his/her brand should be in the spotlight, and why not? The long hours, the novel ideas, the enthusiasm, the purposeful value proposition: isn't it evident the media should take note?

And from the days of Gutenberg to the 1970s, the process of generating exposure for your brand was pretty straightforward: write some copy--or hire a publicist to do it for you--and take it to the local newspaper (and maybe buy an ad while you were there.).

Times have changed. A lot. I remember serving as a press secretary for a gubernatorial candidate in the early 1990s when someone would have to spend hours by the fax machine, hand inserting and dialing the number of every reporter in the state, which was a vast improvement over the United States Postal Service. A few years later, email made it much more efficient to generate exposure for your brand, but the media still played the role of news filter.

While Y2K didn't cause the disruption everyone feared, Web 2.0 reset the tectonic plates in the crust of how people and brands connect. And the world of generating exposure has never been the same since.

How Do I Gain Exposure For My Brand?

Exposure no longer solely requires a media filter, but it's still a good practice to keep them in the loop and make it easy for them to find you. To do that, you need a communications infrastructure.

Regardless of whether you are a DIYer or you had the budget to hire a marketing strategist, professional web developer and a photographer to grab compelling images, the website is only one of the building blocks your brand needs.

Generating exposure requires your audience to be able to find you, and since 90 percent of purchases begin with a web search, you are the proverbial tree in the forest if you don't have a good SERP (search engine page ranking). Hopefully, you have the budget to hire a professional online marketing company to help you because Google is forever changing its algorithm which determines rankings, but at the very least you should be figuring out which words people use to search for businesses like yours and make sure to use them in your metatags and copy.

But like having a website, SEO is just another marketing tactic to help your brand rise above the waterline. There are also building email lists to communicate directly with your audience, social media presence to build brand loyalty, blogging and content marketing to assert your authority, video marketing (because Americans don't read anymore, silly), online advertising to target specific keywords, etc.

These tactics serve to gain validation to generate more attention from trusted third party sources. It's a template that looks like this: In contrast to that more traditional template, start-ups can build a cadre of brand ambassadors to find their audience in a flatter world. It might not, however, come with the same credibility. If your business is direct to consumer, it might not matter, but in the B2B sector, it doesn't carry the same validity punch as a profile in Inc. or Fast Company.

Once upon a time, the press, whether that's trade media, local media or national publications, was the only game in town. But while individually none of them has the dominance or reach they once did, they are still outsized generators of credibility for your brand.

If you run a local business like a restaurant or HVAC company, individual reviews on platforms like Google and Yelp are undeniably important, but even if you are in a B2C business, there is still no substitute for the validation of a branded third-party source like reviewer in the local online newspaper. And if you are in a B2B industry, trade journal articles are not the only key to your audience finding you, but often it's the difference between getting the contract and seeing it go to a competitor.

Validation comes from the credibility your brand gets from exposure from trusted brand names. First, though, you need to put the building blocks in place to get to the surface. That's where you can ride the wave.

You No Longer Control Exposure, But You Can Manage It

The first time you see your brand in lights, it's like your first hit of cocaine (I'm told). You want more and more. You just saw your brand on a 4K television, and now you want to see it in the movie theater. The problem is that once your brand has reached a threshold, you no longer control it. Everyone and anyone with an opinion and a Facebook account can weigh in--and often do.

The only option now is to feed the beast and try to get it addicted to the sugar high from your story, so it ignores the incoming slings and arrows from all angles. You never want the beast to look away from you because once it does you become just another point of view among millions and your brand gets diminished.

So, how do you keep the beast focused on you? Feed it the food it likes, and lots of it.

Content marketing becomes so valuable because if your brand leaves a consumption void, someone else will fill it. The media abhors a vacuum. While this isn't an actual law of physics, it should be because it's spot on 100% of the time.

Some feed the beast with a drumbeat of new product launches like the showcases Apple puts on for developers and acolytes every year. Others court controversy by picking trivial fights (See: magazines in grocery store checkout lines). But if your not Apple and your last name aren't Kardashian, how do you continue to generate continued media exposure? Here's how the internet has changed things.

Once upon a time, brands controlled their exposure with an iron fist. Today, they don't have that luxury because secrets are hard to keep, and a motivated audience can swamp your message. Case in point: Monsanto. No matter how much their science helps feed the world, their story will forever be overshadowed as the poster child of GMO's and agri-pollution. And this is a company that spends hundreds of millions of dollars marketing its products.

Monsanto made the classic mistake of listening to their scientists when it came to communications advice. Not to disparage scientists just because I didn't get up early enough in college to attend those classes, but because the scientific method is about finding fact while brand reputation is about perception.

The Monsanto scientists likely assured the C-Suite that GMO's are harmless according to their extensive testing, but because of the blemishes on Monsanto's brand, those assurances weren't good enough for activists who were concerned about food safety and public health. Monsanto never got ahead of the alarm, and the rest is history.

Google "Monsanto" today and you'll see a virtual rap sheet on the first page of devious corporate behavior and an endless stream of lawsuits and invective.

The lesson here is once your brand pokes its head out of its turtle shell, it can no longer hide back inside. It has to keep moving forward aggressively use every marketing tool at its disposal to protect its brand story because like anything in life, you rarely get a second chance to make a first impression.