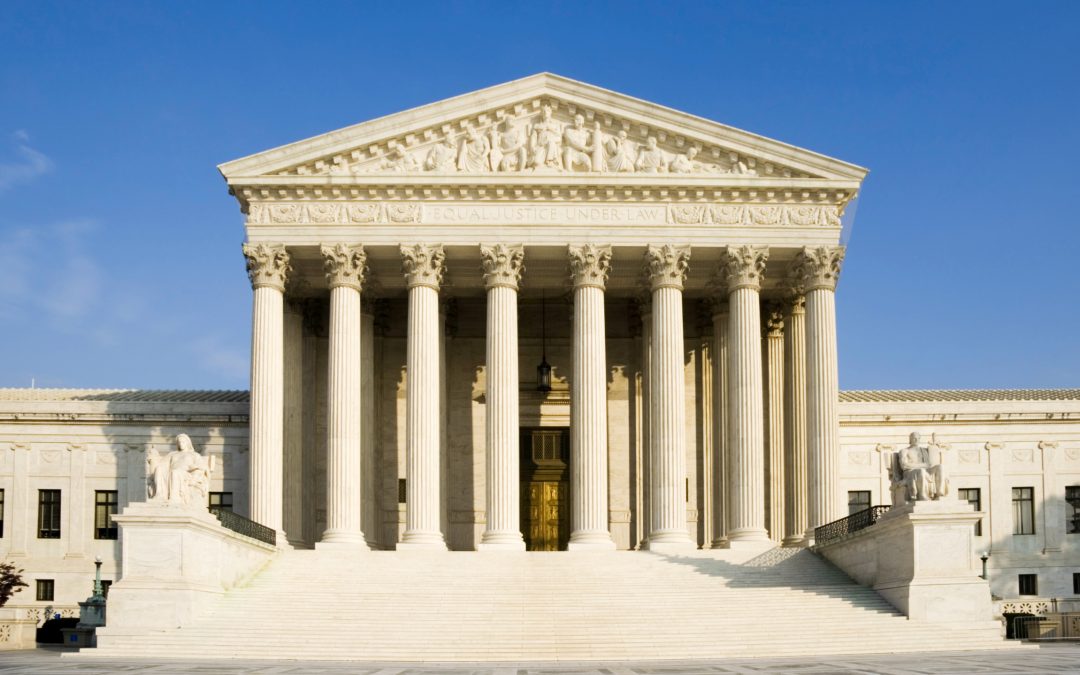 On Monday, President Trump is going to nominate his second Supreme Court justice. Whether it is this justice or their Plan B, the U.S. Senate will, this summer, be confirming that person for a lifetime appointment to the nation's highest court. Regardless if it's Plan A or Plan B, this nominee will have credentials and case rulings sure to be lauded by conservatives. If you'd like to learn the difference between brand versus messaging or strategy versus tactics, the confirmation process will make for a great classroom.

For those of you who need a primer on politics, here's how I know President Trump's nominee will be confirmed: The Republicans have 51 seats in the 100 member Senate (50 if you take into account John McCain's absence due to his health). Since they have the votes needed for confirmation, the only reason Trump might even have to resort to a Plan B is if one or two Republicans opt to vote against the nominee and no Democrats vote in favor. Regardless, a conservative-leaning justice will be confirmed shortly. I'm not happy about it, but thems the facts.

I have no inside knowledge about who the nominee will be, but I do know it would throw the President's opponents off their message if he nominates Amy Coney Barrett. Any women reading this post already knows the reason why, but for the men let me explain. A majority of female voters don't care for President Trump. Also, one of the litmus tests the eventual nominee will face in Senate hearings is over Roe v. Wade, the 1973 case which legalized abortion in the United States. (Again, if I have to explain to you why this would matter to women, you should probably stop reading here.)

To finish setting the stage, Supreme Court nominees have been defeated for one of three general reasons in the last 50 years: extremism, lack of qualification, or denial of a vote, which is what happened to President Obama's nominee, Merrick Garland, in 2016 when Republicans were in the majority in the Senate. Since all of the current nominees being considered served as law clerks for former Supreme Court justices, and they all currently sit on one of the nation's Court of Appeals.  we can rule out "unqualified." As I mentioned above, the Republicans still have a Senate majority, which only leaves extremism as a basis for rejection.

Nominating a woman serves Trump on two fronts. Trump's brand includes being a misogynist. Having a brand doesn't necessarily mean it's good; it just means people have perceptions and a narrative they believe about you.

Here's where we get to the messaging and tactics.

Being only the second Republican president to nominate a woman to the Supreme Court would help undermine the narrative he's earned with a lifetime of boorish behavior and make the misogynist label that much harder to stick to him with women who weren't already supporting him.  Secondly, although Judge Barrett's writings show antipathy towards a woman's right to choose her reproductive destiny, it's much harder to make the case it's an extreme position against a woman than it is against a man.

So what do you do if you are one of the 49 Democratic Senators knowing that most in your party are pro-choice and have a visceral hatred of this president? To twist the verbiage of James Carville's famous line, "It's the election, stupid." While you can't prevent the President from confirming a conservative nominee in July 2018, the midterm elections are in just over 100 days. Gaining majorities in one or both Houses of Congress would give them the opportunity to provide a check on the Executive Branch of the government. That's the strategy.

The only problem is for Democrats to follow this strategy, they would have to use this opportunity to do something very counterintuitive, and stop acting like victims and remember the Vince Lombardi edict, "Winning isn't everything; it's the only thing." As an aside, if you ever want to out a liberal, ask them what's more important in politics: winning or being right. If they squirm and parse, they're liberals.

Historically, in situations like this, Republicans have been very good at tactically galvanizing their messengers around one memorable and straightforward refrain, reconfirming their worldview with their base (strengthen their brand); riling up their base voters (tactic to achieve the strategy of winning an election); or, making the Democrats look out of step with the majority of America's values (framing the Democrats brand as bad).

Meanwhile, if you put nine Democrats in a room, you'd come out with ten different messages (if you're lucky), and they would all be based in no overarching narrative to underscore their brand as anything but confused.  That said, this Supreme Court fight is an opportunity for Democrats to shed some of the weakest parts of their brand: the elitist, urban, mommy party who are more concerned with the rights of individual groups than they are the strength of our nation as a whole.

If just this one time Democrats can shed their worst impulses and not lead with single issues like a glass-jawed boxer leading with his chin, they can galvanize their voters around a shared vision to help them do the only thing that matters strategically: win majorities of both Houses of Congress.

Why am I so antagonistic towards issues? Don't we want to be informed on the issues?

I'm not saying voters don't care about co-pays or classroom size, but compare the emotional response of those two issues with video of immigrant children who've been separated from their asylum-seeking parents and who are sleeping in cages; the bodies of dead soldiers who served in Afghanistan being taken off a plane in a coffin; school shootings; or, the hullabaloo over standing for the national anthem at sporting events. All of these images draw heated reactions because they all appeal to our hopes, our fears, our humanity, our democracy, or our nation.

Democrats are generally lousy at picking up on these radio waves (I guess it's the lack of tin foil hats) so here's some pointed advice: don't make these hearings about abortion or the Affordable Care Act. Make your tactics line up with your strategy, and use your messaging to strengthen your brand. Make this nomination about our democracy and what we are losing by allowing a President who lost the popular vote with the help of a Russian autocrat abscond with the second branch of our government. For once, be the 18th-century Colonial patriots we lionize and challenge the patriotism of those who are Trump's enablers. Make Republicans the defenders of Vladimir Putin and Democrats the defenders of truth, justice, and the American Way.

Ignore calls from typical left-leaning interest groups who want to use these hearings to highlight their issue because for once Democrats shouldn't be the messenger of what's best for an individual's rights. Collective rights have to trump individual rights during these hearings. Work against type like Trump is if he nominates a woman. Make it hard for the Republicans to make people believe at election time that you care more about the modifier before the hyphen than you do about the word American. Democrats need to position themselves as nothing short of the last line of defense for everyone's liberty against the coming dictatorship.

Losing a battle is OK given how the deck is stacked, but win the message war in November by riling up millions of voters who understand none of their single issues matter if democracy is subverted--and make them believe you have the fortitude do something about it.

(Democratic Senators: Please cut out the five bullet points below, memorize, and repeat while looking into the camera. Wardrobe note: no manicures, cufflinks or couture of any kind during the hearings.)

Republicans: it's much simpler for you. Hope like hell the President gives you cover by nominating and woman, praise her for climbing the ladder of success in a male-dominated world, make sure you can count to 51, and move on to the next piece of business.