Use Emotive Language To Power Your Story 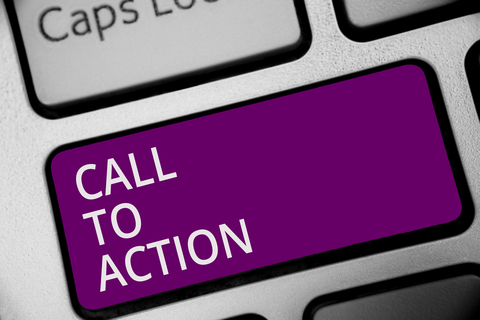 The B2B space is chock full of brilliant scientists, engineers, software developers, and the like. I am in awe of their achievements and advancements, and I'm grateful for all of them--especially the ones who have devoted themselves to reverse or at least slow down climate change. That said, none of them should be allowed to write the copy for their websites. The reason can be summed up in two words: emotive language.

The dictum, "Let the data be your guide," is one of the first things budding scientists and engineers learn as they should because it's fundamental to the scientific method.  And while they are passionate about their work, they are also taught to deliver their results dispassionately. They are referees, not players, who abide by the laws of physics, chemistry and biology.

Sharing your story online, however, requires a different set of writing skills that spur people to action whether through fear, inspiration, joy or anger.

Using emotive language is as old as man himself. Think for a moment about the biblical story of Genesis. We all remember the story of Adam and Eve. Now compare that creation story to the Big Bang version of gasses and heat. While only one is true, the first is more appealing.

While not untruthful, emotive language isn't designed to be literal. It's designed to elicit emotion.

Words To Never Use On Digital Media

I can always tell when someone with a scientific or engineering background wrote their website or blog or the copy for a video. They use words like these:

There are many more of these technical terms, but suffice to say they carry zero emotional weight. Words like these are terms of art in a scholarly paper but have little value in taking a buyer on an inspiring journey.

There have been tens of thousands of peer-reviewed papers published on climate change over the last few decades, and I'm sure from a scientific perspective they are all correct. Unfortunately, no matter how many papers are published, climate deniers have for years muddied the waters over the consensus of science on climate change, and they have done so (in part) because scientists want to argue over data. And while 97% of them argue climate change is happening, they are missing the point. This debate isn't happening in a laboratory; it's happening online, and it's a debate between two story framings and two worldviews.

Unfortunately, scientists have been so concerned with passively presenting the facts in a polarized atmosphere that it's used language that undermines the urgency of the problem.

For example, the term 'climate change' itself connotes no urgency or even hints at the scale of the problem. It's emotionally neutral when it should have been, in fact, much more alarming, and it's made it harder to get the public to buy into the concept, let alone the solutions.

Whether you're running a B2B selling a product or trying to spur action to prevent human extinction, the underlying principles are the same. The language that tells a story sells much more quickly and effectively than observationally neutral language.

This week, The Guardian newspaper updated its style guide to reflect current realities by introducing terms that more accurately describe the environmental crisis facing our planet, and it's a lesson in both rhetoric and story framing.

While continuing to base their stories in fact, The Guardian has shone a light on how writing can be factual but actively engaging an audience by using language that appeals to the emotive parts of the brain as well as the analytical elements.

If you would like to learn how to use emotive language in your digital media, schedule a free 30-minute call with me.