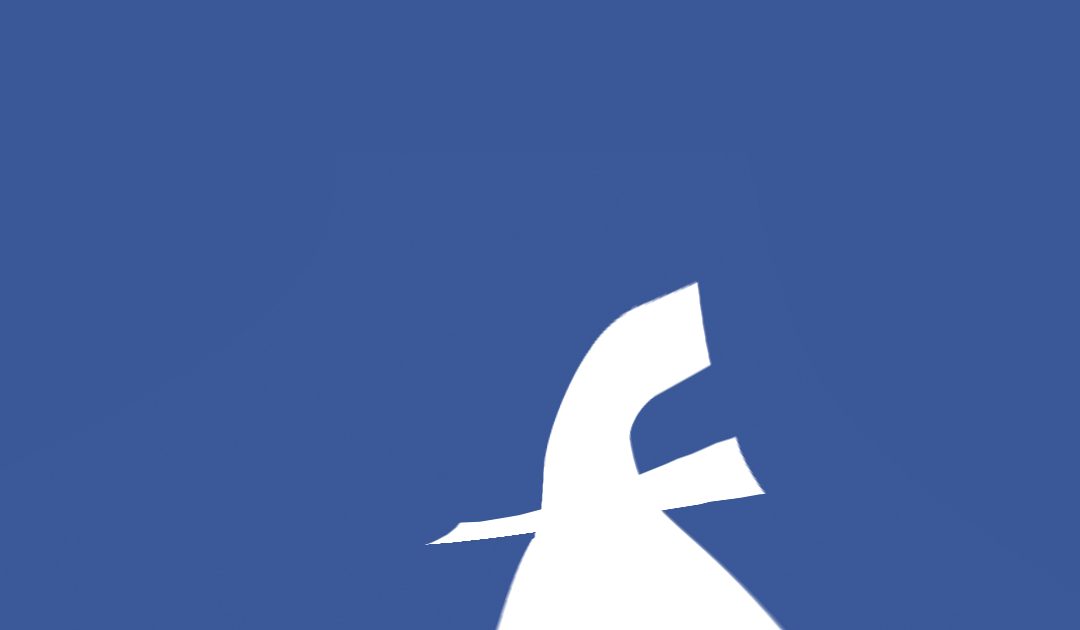 Yesterday, your company lost more value than the annual budgets of 200 nations. Your user growth has flattened, and younger demographics are turning to other platforms to share the stories of their lives. The overwhelming public opinion blames you for allowing Russian agents to hack America's democracy and public polling shows your favorable brand ratings cratering, and a huge majority of your subscribers don't trust what they read on your platform. Is this the beginning of the end for Facebook, or is this the natural business cycle finally demonstrating the universal laws of gravity?

Inevitably, every new technology loses some of its luster. Think Netscape, Yahoo, Pets.com or MySpace--all one time darlings which are either extinct or shells of their former selves. This is not to say when TV networks are creating shows in 20 years, references to Facebook as the 2010's version of the hula hoop is a guarantee because it's not; however, Facebook's unique brand and trust issues had felled Fortune 500 companies long before Mark Zuckerberg was even a glint in his parents' eyes.

I'll be shocked if media stories this week comparing Facebook's current problems with the ones that besieged Microsoft in the 1990's or Google's today aren't widespread. From a branding perspective, though, it's night and day. Google and Microsoft don't have brand trust problems. The European Union is fining Google for their data collection practices, which is troublesome, but a far cry from users questioning the validity of their search results. Meanwhile, Microsoft was sued by the U.S. government for anti-competitive behavior, not for their competence or their customer service.

Governments aren't sanctioning Facebook..yet. It is, however, getting abandoned by its audience and, by proxy, their shareholders. Finance experts will no doubt say this is just a case of an overvalued company being brought back into line with the actual market because Facebook finally admitted it had millions of fake and non-existent accounts in addition to tighter restrictions on how Facebook collects data from users in Europe. Since Facebook is still worth a half-trillion dollars, I'll accept those findings but with a grain of salt.

The real rot, though, has been eating through Facebook's A-frame from the steady drip of news about their data collection practices, culminating with the revelations that a third-party vendor named Cambridge Analytica harvested (stole to you and me) 87 million Facebook profiles. The dominoes falling has led to more public disclosures about how it ended up in the hands of Boris and Natasha Badinov, Donald Trump's Presidential campaign and anyone else willing to pay Cambridge's price. And then there was Facebook's tone-deaf,  legal response to a problem that was all about values.

To encapsulate: Facebook's brand has now decomposed because they were begrudgingly forced to admit they have a super-sophisticated algorithm which monitors everything you do both on and off their site, using micro-target ads specifically designed around the data collected about you that the company sorta/maybe not told you they were doing in the first place. Then they dot your feeds with the outrage of the day designed to keep you on the site longer so they can advertise more of the micro-targeted ads, for which companies pay them. Now, in addition to learning how much they know about you, you then find out the privacy of your entire life is not only part of Facebook's data storage, but a third-party vendor connected to the Russian government stole the information, which was used to manipulate how you voted in 2016. Really, what's not to love?

The number of issues here is worth several posts from different types of professionals; however, I'm sticking to just the brand story and how it impacts Facebook's future.

Facebook's original brand promise was to connect the world. Its brand story begins in a Harvard dorm room. Hundreds of millions of people around the world have bought into that story since 2004 and have shared some of their most personal and cherished moments on the platform--and it's free! Not anymore.

Now, their promise to connect the world is going to elicit a cynical response of, "Sure, you connected me to people who stole my identity."

The Harvard dorm room story? Nobody feels sorry for a billionaire when bad things happen.

How about sharing those most personal moments? You mean the ones you used to profile me and then market products based on what your algorithm shot out instead of giving me the freedom of choice?

These are the termites of Facebook's demise, and a good lesson for any company about the importance of your owning and keeping faith with your brand story. Once you've lost credibility with your audience, it's challenging to get it back. Tylenol pulled it off because they voluntarily and proactively took measures to regain trust with the public, starting with pulling 31 million bottles off the shelves and stopping production until they could guarantee user safety.

By no means is Facebook finished, but they are going to have to stop believing technology is the ultimate fix for every problem. This isn't a technology problem: it's a human one. If they don't find a way to regulate how and from who they collect data, the government will do it for them. Every member of Congress outside of Silicon Valley and the Bay Area knows they can make hay with their voters by poking Mark Zuckerberg in the eye. It's good politics.

More importantly, Facebook needs to either find a way to make their brand story appealing again, or change their business model. (Easy for me to say; I don't run a $500 billion company.)

"Sunlight is the best disinfectant," former Supreme Court justice Louis Brandeis famously noted. Facebook needs to come clean with their users about their data collection. I'm not suggesting they stop doing it because big data is the wave of the future, and others are already in the race with Facebook to build more sophisticated algorithms.

What I am suggesting, however, is they use their brand promise to link with their audience the same way they want their audience to connect with each other. Let the employees who build these algorithms explain why they work for Facebook and what they are hoping to achieve with the work they do. Put them on the platform and TV. Let them do infomercials and interviews. Give Facebook more than just a name; give it an identity (besides Mark Zuckerberg).

They also need to do what every business in every other market does: explain their value. Facebook grew because it had a good idea and came along at the right time, but it saw exponential growth because it's free.

People hate commercials on television and radio, just as much as they do online; however, viewers understand advertising is the cost of free entertainment on those mediums. I'm not so sure Facebook users have the same implicit understanding of what underwrites Facebook's business model.

To that end, like with television, I'd offer Facebook users two subscription models: the free version, which collects their data and advertises to them, and a subscription model in which Facebook charges users a monthly fee instead of advertising. Give them a choice, but at least now there's transparency for all of its users.

Next, pivot on the Harvard dorm room story. Remind users your platform was created in a dorm room, but look to today's dorm room dwellers to develop the next and better iteration. Who is going to be that face or those faces?

Make it easier for users to crowdsource ideas on the platform and highlight those ideas implemented from outside of the company. This not only allows you to connect back to your brand story, but the focus becomes on the young people building upon the existing structure. The added benefit of this tactical shift de-emphasizes the sight of Mr. Zuckerberg trying to be personable. He might be a great humanitarian, husband and father for all I know, but some CEO's are just not made for TV, and he's one of them, nor will he ever be. It's just not in his DNA.

Finally, instead of being policed, become the police. Tell the public how sorry you are about the events of 2016, and pledge to put the full might of the company's technology prowess to assist every underfunded and outmatched county elections office in the country against foreign hackers to protect the sanctity of the 2020 election. Help them ensure the trust of Americans most fundamental right--the right to vote--remains sacrosanct.

This move of generosity and patriotism would dovetail nicely with your brand story of American innovation. "Only in America could Facebook have been launched, and that's why we are committed to protecting America's democracy."

You could choose to do all of these things, or you could listen to your lawyers whose job it is to protect you from criminal or civil penalties as a result of your past misdeeds.

So it's a pretty simple choice: realign your brand promise and your brand story with a forward twist, or hunker down behind the lawyers while you bleed users and revenue?

It's an adage in the branding and marketing world if you don't tell your own story, someone else will do it for you. So, as a public service on behalf of over 200 of the planet's poorer countries, if you don't care about that $120 billion, there are a bunch of folks who would be happy to take that money off your hands. I can send you a list.