Storage Drags Utility Into The (Sun)Light 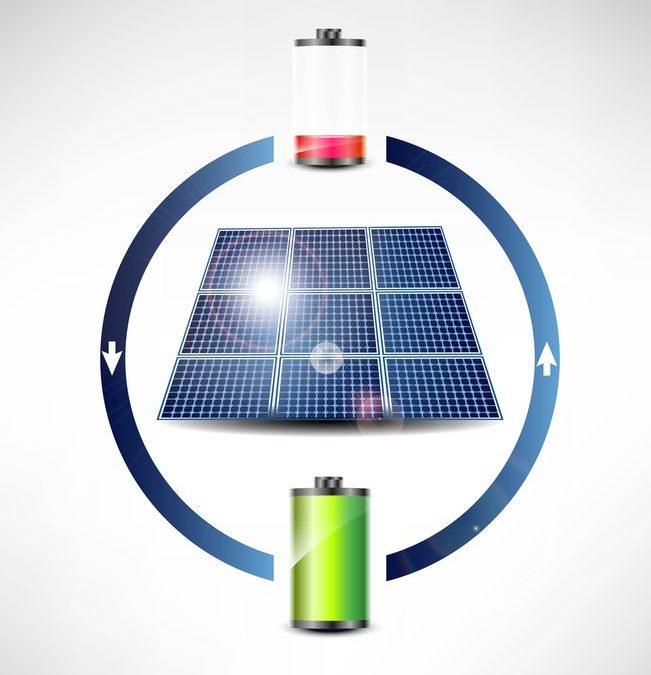 It's true: good news comes when you least expect it.

The 850 MW APS plans for batteries that store energy is enough to power over 200,000 homes for up to four hours. The utility will now be able to soak up excess clean energy from solar panels during the early part of the day, and use that storage during peak demand hours (3-7 p.m. in Arizona)  or later in the evening.

Currently, APS gets about 14 percent of its energy from renewable sources like wind and solar. The investment in battery storage will increase that number by three to four percent. Even more importantly, the battery storage capacity will allow the utility to build more utility-scale solar projects while opening opportunities for more homeowners to install solar panels on their roof without overloading the transmission grid.

APS has long had a reputation as the bete noir of solar energy companies in Arizona. In recent rate cases heard before the state's utility regulators APS has argued to reduce the rate it paid homeowners for the solar energy they generate (net metering) and fought to add a fixed charge to solar-powered homes to "use" the grid. The resource plan the utility submitted to regulators in 2017 showed them building no large scale solar projects through 2032.

To top off their clean energy hostility, APS spent a state record $40 million in ratepayer dollars to fight a ballot measure that would have increased the state's renewable energy standard to 50 percent by 2030.

This antagonism has had a chilling effect on solar energy adoption in the state, resulting in a "C" grade for solar friendliness in a study published earlier this year.

Why Is This Decision A Big Deal?

With the closing of the Navajo Coal Generating Station later this year, APS needed to replace its baseload power from the West's largest coal-fired power plant. While APS only took a small share of the energy generated by the 2,250 MW facility, it had become increasingly clear in recent years the plant was no longer economical to run between the annual maintenance costs and offtakers lack of interest in coal-generated power.

NGS isn't just a heavy polluter; it's a water hog. Every year, the facility takes 9 billion gallons of water from Lake Powell for steam generating and cooling. The great irony of the NGS is one of the owners of the plant, the Bureau of Reclamation, used most of its share of the energy to move 1.6 million acre-feet of water to Arizona's cities every year. The energy from those water pumps is enough to power 240,000 homes.

Knowing that the closure of NGS was imminent, APS was faced with a decision: invest in new natural gas generating power stations, contract natural gas from independent power producers, or commit to building more solar energy with a heavy dose of battery storage to mimic a baseload power system that works even when the sun isn't shining. (Arizona gets 300+ days of sunshine every year.)

Not only did APS choose the solar energy plus battery storage option in the short-term, but they did something unusual in the utility industry: they opted not to lock in long term contracts for fossil fuels to generate electricity. Instead, the power agreement with the natural gas producer was for 460 MW for only seven years, suggesting very strongly the utility sees its lowest cost long-term baseload power option as renewable energy!

Countless reports show solar's price per kWh has become cost-competitive with traditional fossil fuels in recent years, but political, financial and cultural hurdles have slowed adoption. But even with a climate change denialist in the White House aggressively pushing a fossil fuel agenda, the market has spoken. Consumers want clean energy, and they no longer have to pay premium prices to get it. Where politics and regulation failed, those who supply electricity got the message from their customers loud and clear.

If history looks for an inflection point in the adoption of clean energy, this is as good of a moment as any. It may have taken longer than hoped, but if I told you ten years ago, a large utility in a red state with coal resources and the generation that could last for decades was about to throw all its chips in on solar energy, most people wouldn't have believed me. As Dr. King said, "The arc of moral history is long, but it bends towards justice."