There Are No Magic Climate Solutions 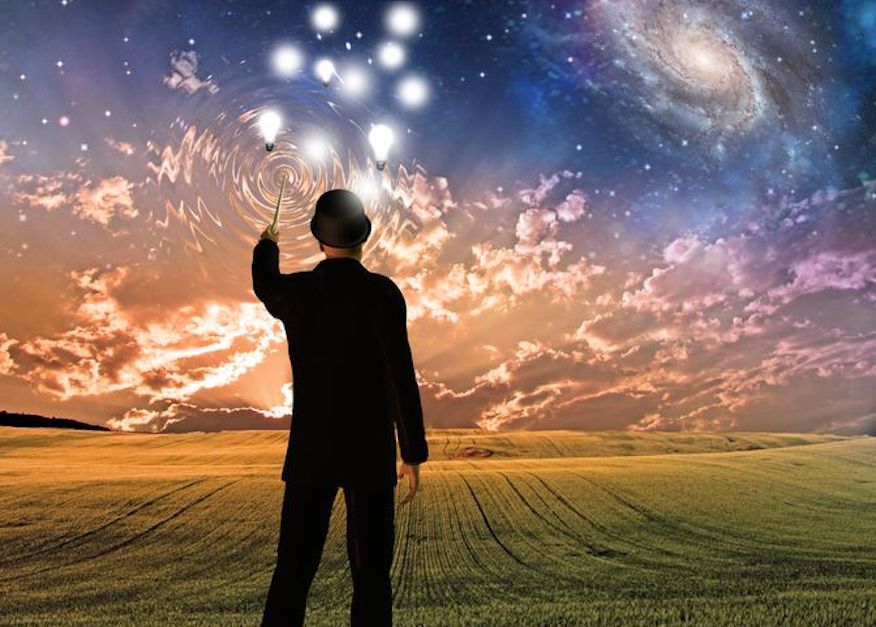 There are two main camps in the drive to solve our climate crisis: prophets and wizards. Translated, it means there are those who forecast doom from climate change if we don't immediately change our habits and our entire economic system through limits and policy (the prophets); and those who put greater faith in human ingenuity to solve the climate crisis through science and engineering (the wizards).

I didn't create this taxonomy. That honor goes to the estimable journalist, Charles Mann, who published a portrait of two little-known 20th-century scientists who held opposing viewpoints on humanity's future. Having worked at various points in my career in both camps, I can say with certainty if they don't learn to integrate without concern to primacy, an inhospitable climate will gore both of their oxen.

To eliminate (or offset) all carbon emissions by 2050 as called for in the recent United Nations’ Intergovernmental Panel on Climate Change (IPCC), it's becoming increasingly clear both sides need to sacrifice some principle in exchange for accepting what's possible.

If you want to see an environmentalist squirm, ask (him/her) if they support carbon-free energy. While the average person would say, "Of course, I do!" that's not the answer you'll get. What you'll get instead is a tortured and twisted explanation about how they support "most" carbon-free energy sources, except one: nuclear. Because of how the modern environmental movement launched in the U.S., it's practically etched in stone that anyone who proudly wears the badge of environmentalism will be anti-nuclear down to the mitochondria in their cells.

I'm not going to rehash that argument here because, in all practicality, no more large-scale nuclear fission power plants are going to be built in the United States anytime soon, and maybe never because of the expense to build and to insure such a facility. But now that we've taken that off the table and eliminated the possibility of another Three Mile Island, Chernobyl or Fukijima, can we at least have a reasoned discussion about whether the risk/reward of allowing smaller, modular fission facilities mixed with an emphasis on developing nuclear fusion pencils out better for humanity than the catastrophic climate change the IPCC report forecasted if we don't eliminate carbon emissions from our energy sources?

If indeed we can provide 70% of the world's energy with renewables by 2050 (and that's a hope, not a guarantee), there's a 30% wedge of the pie missing. It's going to undermine the credibility of the prophets who've been crying wolf about carbon emissions for decades if they are opposed to a carbon-free source of energy which could make up the difference. Climate change is an existential threat, which means from a communications standpoint, there's no room for subtle distinctions. Strong, clear messages win the debate every single time, even if they are false (See: Trump, Donald J.).

Change is hard, and it's never linear or comes out as forecast. Insisting upon change only on your terms may end up hurting the very people you're most concerned about in a warmer world.

The Costs Of Invention

Progress isn't made by early risers. It's made by lazy men trying to find easier ways to do something.--Robert Heinlein

If the Gallup organization had polled the average horse and buggy driver 100-years-ago what he thought of Henry Ford, I don't imagine it would come out very favorable. That's because disruption has its downsides. Frankly, I'm a little weary of hearing young titans use the word 'disruption' as an adjective, oblivious to the consequences. That which seems logical on a spreadsheet doesn't always equate to a good solution in practice. Want some examples? How about everything designed EVER to make our lives more convenient. Plastic was disruptive; aerosol sprays were disruptive as were disposable diapers. Pick any consumer product, and I can give you at least one downside. Let's start with the smartphone that's in your pocket.

Everyone loves the electric vehicle, right? It's a status symbol for the environmentally conscious because your money just gave a giant middle finger to the greedy oil giants destroying our planet. Fair enough, but the lithium-ion battery that runs your guilt-free transportation is causing all sorts of human and environmental misery in Africa where a different group of voracious conglomerates mines cobalt for EV's. This same supply chain paradox taints just about every green product on the market.

The reality is the various solutions to climate change the market has brought to bear are so disaggregated and difficult to scale, you might as well be asking Elmer Fudd to kill the wabbit, and that's before you consider the in-built status quo constituencies who are eagerly throwing stones from the front row.

But this 'nothing is ever good enough' inflection point is precisely where the prophets and the wizards are more alike than either would care to admit. Whereas when the skeptic reaches this point, he throws up his hands and says "Why even bother?" both prophets and wizards see roadblocks as an excuse to redouble their efforts and find better solutions. They might not want to admit it, but they are cut from the same cloth, stitched together with determination, a love of their fellow man and a belief in something bigger than themselves.

That alone is reason enough for all of us who care about solving this Malthusian equation to ignore the temptation to sort ourselves by doctrine like Star-Bellied Sneetches and instead celebrate the diversity of thought that exists by declaring victory when we win instead of when we're right.  People who spend their lives climbing this steep hill on behalf of the rest of us deserve no less.