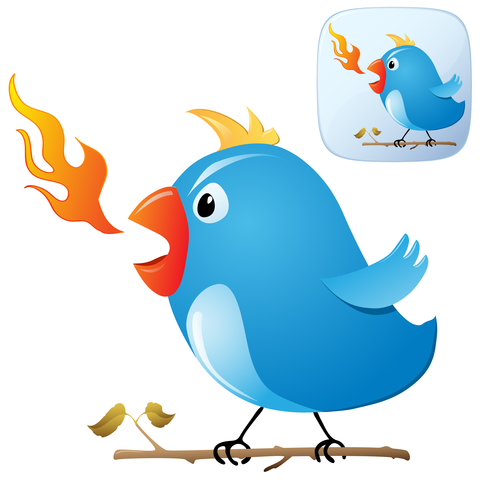 Last week, New York Times White House Correspondent, Maggie Haberman, announced she was stepping back from Twitter after nine years and 187,000 tweets, saying "the medium has changed." She, of course, announced this on Twitter, which linked back to a longer article she had written. Irony aside, it has me wondering if our cherished right to free speech that's the foundation of social media is now also becoming its Achilles Heel?

When the epitaph is written for the Twitter age, Haberman's assessment that it's become "an anger video game for many users" will have to be among the finalists for media historians to consider along with "a place...where the underbelly of free speech is at its most bilious." And while Haberman admitted Twitter is still a useful and important platform as an aggregator for breaking news, she also reluctantly pointed out it "has stopped being a place where I could learn things I didn't know, glean information that was free from errors ...or engage in a discussion and be reasonably confident that people's criticisms were in good faith."

As our New England ancestors realized in the 17th century, democracy only works when everyone participates out of shared interest, not self-interest. Instead of a town hall, Twitter has passed out 300 million megaphones without establishing any rules of the road or traffic lights. The statusless democracy they thought they created has turned into a single car going the wrong way down a one-way street; the driver shouting at everyone out his window because he's convinced it's everyone else who's reading it wrong. In other words, when everyone is right, no one is right.

To be fair, all of this can't be laid solely at Twitter's tiny bird feet. The line between news and commentary has been blurred, perhaps permanently, and while Twitter provided the stage, newsrooms played the fiddle while the bumrush crowded the stage and made it impossible for anyone else to see, hear or make sense of what was going on. And Twitter isn't the only marquee display on the street offering free tickets and a beer. The shows playing at Facebook and Reddit look very similar, and the crowds are just as disaggregated.

In recent months, we've seen the major social media networks recognize the problem and take initial steps to reign in some of the worst peddlers of hate, but that doesn't solve the more significant problem. It no longer matters if Twitter CEO, Jack Dorsey, or Facebook CEO, Mark Zuckerberg holds the conch of authority, or even if that conch gets smashed by a boulder, because each of the other inhabitants of the island has already decided to go off and find his conch and blow it as loudly as he can. And it can't go without mentioning this trend has been egged on by the Tweeter-in-Chief and his middle of the night rants against honest brokers of information.

The conundrum Maggie Haberman faced is a microcosm of the existential threat facing Twitter. When people walk away in frustration, user numbers drop because there's less interesting content, and when user numbers and quality content decreases, the angry voices are the only ones left. Meanwhile, revenue plummets.

This experiment in flattening our information channels during the social media era has been a fascinating sociological exercise, which was supposed to make our world smaller and smarter. While I'm still a believer in the value of the medium, anarchy doesn't help information flow; it destroys it.