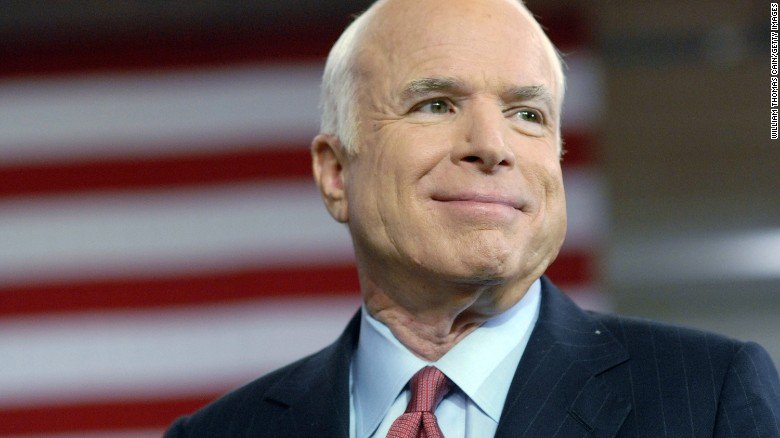 U.S. Senator John McCain was a man of many dimensions, many achievements, and by his own reckoning, many flaws. But what will compel millions to pay homage to him this week is this singular man's story that transcends any vote he took in his 38 years in Congress. And it is a reminder from start-up companies to start up politicians that even in an era of extreme segmentation and tribalism, a powerful story can cut through biases and beliefs like nothing else.

I don't want to turn this into a John McCain hagiography. His share of mistakes like voting for the disastrous Iraq War and unleashing the incoherent syntax of Sarah Palin into our national political consciousness are among two of the big reasons I voted for the other guy for President in 2008. But those will be but mere footnotes in history when that chapter is written. What will remain, however, is his story of sacrifice, humility and redemption. For most people, McCain's story begins with being shot down over Hanoi in 1967, and the constant reminders of five-and-a-half years in a POW camp every time the man robotically tried to lift his arms. That none of us can even begin to scrape the surface of what he endured, only made the aura glow even brighter around him. It was this story which won him his Congressional seat, and he deployed it well. When being accused of being a carpetbagger because he had lived in Arizona but a few years, his response was, "The longest I've lived anywhere in my life was in Hanoi." What his positions on taxes, abortion, health care or any other issue became irrelevant. Any other candidate's story or issue positions paled in comparison.

Likewise, his maverick legacy is really a story of redemption. For the non-politicos reading this, McCain was caught up in a favors for campaign contributors scandal known as the Keating Five in the late 1980's. After receiving his punishment, McCain teamed up with then-Wisconsin Senator, Russ Feingold, a liberal Democrat, to craft the most comprehensive campaign finance law rewrite since Watergate, alienating some of his closest Republican allies in the Senate as well as his conservative Republican base in order to champion legislation which is critical to a functioning democracy, and in the process winning the respect of those across the political aisle as well as those who cover Congress.

No one could doubt or challenge McCain when he argued against allowing American forces to torture enemy combatants post 9/11 because no one had the moral authority to challenge his own history of being a victim of torture. And his middle of the night "thumbs down" to kill the attempt to repeal the Affordable Care Act just after he had been diagnosed with brain cancer was as dramatic and moving as you'll ever see in the political arena.

When McCain wrote his farewell letter in the last couple of weeks, he emphasized a devotion to a cause greater than oneself. Therein lies the nugget of wisdom for those who want to see success for their invention, their business, or their campaign...it's not about you or the thing you've created. It's about the ability to see beyond yourself. If your story connects with an audience, you'll build loyalty that will see you through the good times and the bad.