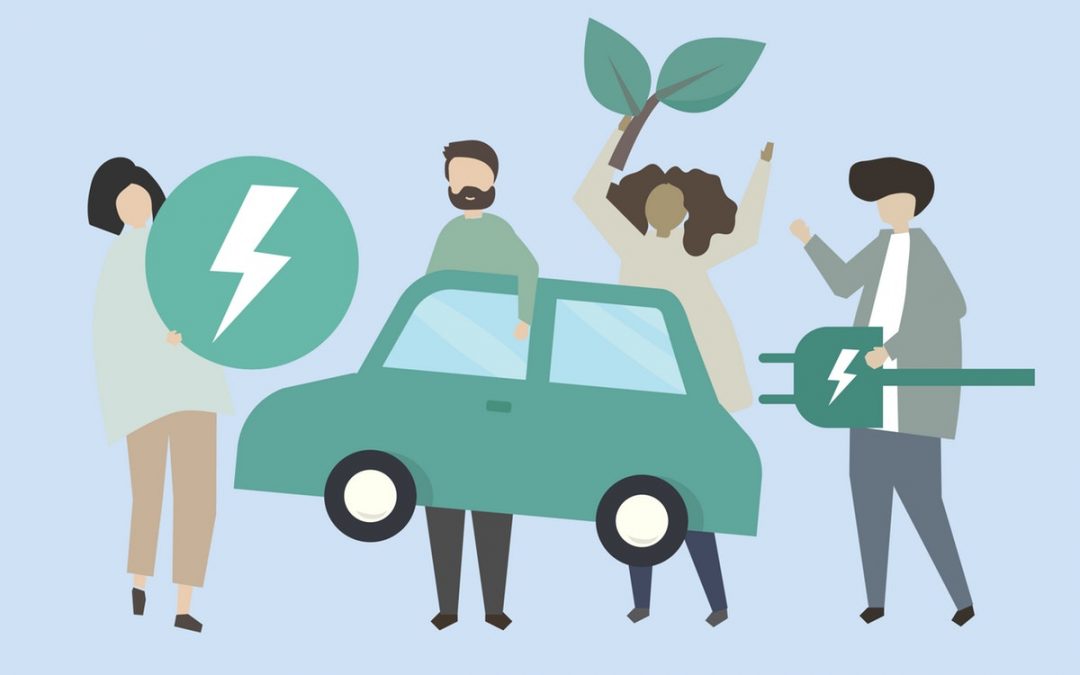 Moore's Law, a generally accepted principle, says computer processor speeds will double every two years because computer manufacturers can double the number of transistors on the motherboard. After many false starts and stops, electric vehicles sales are now accelerating at an even faster trajectory on Mother Earth.

This week, according to a report by Bloomberg New Energy Finance, someone will be purchasing the four-millionth EV. On its face, it might not sound awe-inspiring considering there are 1.2 billion vehicles currently on the world's roads, but the speed in which consumers are adopting EV's suggests charging your car instead of filling it up is outgrowing its niche market parody of wealthy, coastal, white liberals sporting Obama bumper stickers.

In fact, contrary to stereotypes, the quickest adopters of EV's are neither wealthy, white nor live in Vermont or California. I don't even think they eat granola (though they might do yoga). They are Chinese, and they live in Shanghai, Guangzhou and Chongqing.

During the five years it took to achieve the first million EV sales (2010 to 2015),  four-fifths sold in the U.S. or Europe and only 15 percent in China. In the intervening three years, sales of the second million EV's took 17 months, the third million sales took ten months, and the fourth million sold in just six months. Under China's new energy vehicle quota launching in 2019 at least 10 percent of all new vehicles sold in the world's largest market will have to be either battery-electric or plug-in hybrids to help combat the lung-choking air pollution which blankets all of that nation's largest cities--and carmakers know where their bread is buttered. Not surprisingly, Volvo will be introducing its first 100-percent electric car in China in 2019 while Ford announced 70 percent of all their vehicles available in China would have electric options by 2025.

With over 24 million passenger cars sold in China in 2016, that translates into almost two-and-a-half million EV buyers just in 2019. With the quota rising to 12 percent in 2020, it's impossible to deny the inevitability of a crucial production threshold, which will drive down the cost of lithium-ion batteries and make EV's more price competitive with their gasoline-powered cousins, just like we've seen with countless other new technologies now selling at your local Best Buy.

I'm not Pollyanish enough to believe this exponential market penetration means dogs and cats will become best friends and we all live happily ever after, but there are too many signals in the sky pointing in the direction of mass adoption of battery technology.

Sure, there are those claiming subsidies and quotas are driving the entire EV market, and battery-powered cars would be doomed if they had to compete on a level playing field--and there is some merit to that charge (or at least the first part of it). Yes, the Chinese government is forcing adoption in the way only an autocratic government can do, and EV buyers in the U.S. get generous tax rebates. Looking at the other side of the ledger; however, people in gas cars shouldn't throw stones.

Even if you don't take into consideration the global external costs of burning fossil fuels, there was that $80 billion bailout the government gave to U.S. automakers in 2008, the billions in tax breaks oil and gas companies receive every year, the $20-$30 billion in tax dollars it cost to clean up the Deepwater Horizon accident in the Gulf of Mexico, and the cost of thousands of American lives lost over a fossil-fuel dependent foreign policy.

China isn't forcing car manufacturers to wean themselves from the internal combustion engine because they didn't like Henry Ford. They're doing it because air pollution is so bad they fear it will destabilize their government.

Contrarians point out EV's don't reduce air pollution in China because burning coal generates 70 percent of the nation's electricity, and it will be decades before most of those power plants are retired.

Besides making the perfect the enemy of the good, I would point out China is also now the world's largest investor in renewable energy technology with a government-directed plan to generate 86 percent renewable electricity by 2050.

None of this is to say EV's alone are a panacea to keep the planet from warming more than 2 degrees Celsius, and as a genetic offspring, it's hard to see them transforming societies more than the original internal combustion cars of the early 20th Century did. That said, the advantages of the electric vehicle have been known for over a hundred years, and championed by no less than Thomas Edison back in 1904.

Electricity is the thing. There are no whirring and grinding gears with their numerous levers to confuse. There is not that almost terrifying uncertain throb and whirr of the powerful combustion engine. There is no water circulating system to get out of order – no dangerous and evil-smelling gasoline and no noise.

Slow and steady might still be 12 lengths behind on the backstretch, but if Moore's Law for EV's holds the planet might be in for a photo finish.