Oceans Rising But Not A Drop Of Water To Drink 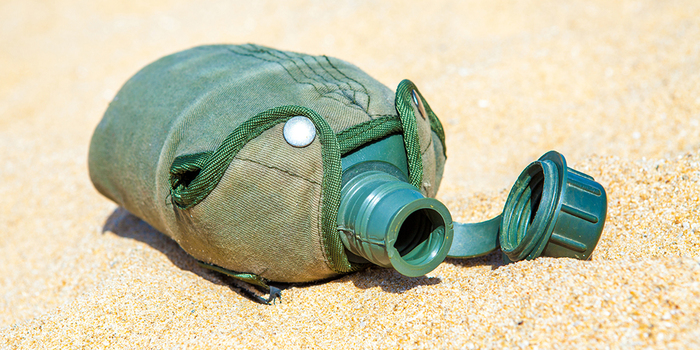 We Need To Rethink Water Use

The Emerald City isn't looking very green right now. Since May 1st, Seattle has received less than one inch of rain, and it doesn't look promising for more the first week of September. No, the city isn't going to reenact the Kansas Dust Bowl of the 1930's, (and I'm not going to buy a covered wagon) but it is yet one more example of a climate that's become unmoored from the norm, which brings me to perhaps the cruelest irony of a warming planet. While oceans are rising, there's less fresh water available for every human being.

In the two decades since climate change became a widely understood (if not ignored and ridiculed) concept, there's been extensive discussion about temperatures rising, vegetation retreating, ice caps melting, desertification and a host of other Mad Max-inspired scenes of what humanity is facing. And as it always does necessity has been the mother of invention as inventors, scientists, engineers and entrepreneurs have fostered a revolution in energy generation and storage that doesn't emit carbon dioxide. And while it's not happening quickly enough, the internal combustion engine is on its way out to lithium-ion batteries, renewable natural gas and hydrogen.

There's plenty of blame to spread around, but it starts with lack of awareness. According to one researcher, humans need 13.2 gallons of clean water every day. The average American uses 98 gallons per day. And that doesn't include the water used to grow their food or spin turbines to heat their homes.

Since 99 percent of the fresh water on Earth is unusable by humans, it's pretty obvious we are about to have a collision of resource demand and resource scarcity. The answers are too multi-faceted and lengthy for one post, but if I had the ear of policymakers, I would urge them to design a policy which gives water a value commensurate with its worth. I'm certainly not the first to suggest it, but I will echo those calls to start pricing water.

The reason calls to price carbon are so widespread is that economists and psychologists understand behavior won't change unless there is an incentive (or disincentive) to change it. By charging a cost per ton of CO2 emitted, large-scale carbon emitters have to factor in externalities like pollution into their bottom line. While not adopted in the United States, but as nations contemplate ways to limit greenhouse gasses with a price signal it's unleashing a giant rethink about how we grow, manufacture and power our society.

As with carbon, those opposed to pricing water will argue it will drive up the costs of food and cut into family budgets, but as we saw with the Flint, Michigan water crisis, spending a little now to protect clean water will save much more than if every family has to buy bottled water because the system is broken down or there isn't a sufficient supply. A water price would also be an immediate momentum builder for conservation in a nation that sorely needs it.

But the big gains for pricing water would come from the agriculture and energy industries. Coal, for example, is an extremely water-intensive energy source, requiring up to 50,000 gallons per MwH, or enough energy to power 330 homes for a single hour. While the frontal assault on coal has been based on CO2 emissions and health impacts from dirty air, pricing water would make coal obsolete much more quickly, and in the interim would be a strong incentive for the nation's remaining 600 coal plants to rethink their systems. Forcing coal-fired power plants to add the societal costs of fouled water into their calculations would also suddenly make renewable energy look like a bargain in comparison as solar and wind-generated power use almost no water.

Like with energy, the real benefit of pricing water would be the innovation in the areas of efficiency, recycling and reuse it would spur. What was once unworthy of investment would now become sensible for early-stage investors as well as large users of water. I'm involved with one of those projects right now. A client of mine is pioneering a clean water system for dairies, which takes the liquid from manure, removes the solids, phosphorous, nitrogen and potassium and leaves water clean enough to drink or to be returned to the local watershed. Today, those projects are hard to finance because even though dairies use a tremendous amount of water, it's cheaper to bring it up from aquifers than to clean it and reuse it. Pricing water changes that equation and is better for all of us in the long run.

The uproar alone to place a price on something people think comes out of their tap for free will prevent governments from accurately pricing water anytime soon, but after the battle over carbon pricing, it's my hope the template will be laid for a shorter and less pitched battle over something that's even more fundamental to life.