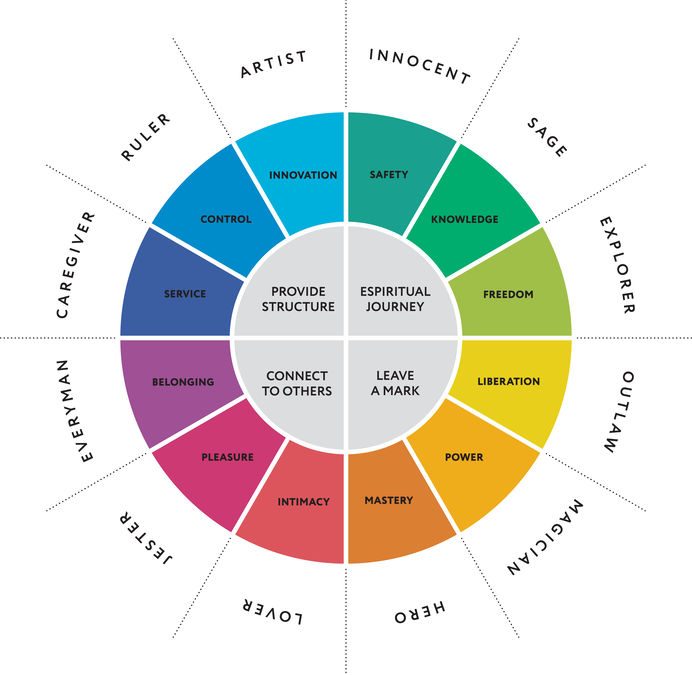 Most of my friends and casual acquaintances know I perform stand up comedy as a hobby. I suspect it's the Catskill genes inside of me, and I genuinely enjoy making people laugh. After my most recent performance though, it struck me there was something fundamental missing from the material I wrote: there was no relatable person behind it.

The material was whimsical enough to get laughs, and no one threw compostable produce at my head, but as I thought back on the performance, I realized I didn't do the very thing I advise clients to do in my day job: form a brand archetype through which an audience can understand you, root for you and support you.

Using that paradigm, it was no surprise the comic who received the heartiest reaction was a mid-60's Microsoft retiree who dressed the part in casual fleece and who shared personal anecdotes about urinary troubles and leaving his keys in his car. To his credit, he was legitimately funny, but the reason he was successful is that he shared his personal experiences and through those experiences and his visage, people felt they knew him even though he was a stranger.

That relatability comes from stories we tell ourselves and tell each other. The legendary psychologist, Carl Jung is generally credited with creating the term archetypes to define the personalities within our stories. It's our way of decoding a complex world around us by using shorthand.

What Are The 12 Archetypes?

The 12 categories we use to define everyone we encounter are Innocent, Sage, Explorer, Outlaw, Magician, Hero, Lover, Jester, Everyman, Caregiver, Ruler, and Artist. Each of them is easily identifiable through some experience. Superman is the hero; Gandalf is the magician; Mother Theresa is the caregiver; and so on.

Brands also adhere to these archetypes. Harley Davidson is the outlaw; Home Depot is the everyman; Crayola is the artist, and; Victoria's Secret is the lover.

It's certainly possible to be represented by two brand archetypes on the wheel, as long as they extend to every customer touchpoint. For example, an explorer could be an outlaw as well, but the explorer would never be the everyman because they contradict each other.

The Microsoft retiree at the comedy showcase was as much of an everyman as he was a jester. Yes, he told jokes, but his dress, demeanor, and delivery all said "everyman."

Meanwhile, I was bouncing all over the wheel. My attire crossed everyman with ruler and outlaw, and my material was a hybrid of jester, sage and caregiver.

What Do Brand Archetypes Mean For Your Business?

How do you expect your audience to understand your business if you can't even define yourself?

Sure, everyone wants to be the hero in their drama, but that might not be how your customers see you. For example, it would be logical to place Federal Express in the explorer brand archetype category because they travel all over the world with packages, but you'd be wrong. Fed Ex plays the role of the hero, always delivering your parcel to you when you need it.

If you think you've got the hang of it, here's a list of brands. The first person who emails me with the correct brand archetype for each will receive a $10 gift card to Starbucks. How Is A Brand Archetype Deployed?

Someone is reading this and thinking, "This is a nice intellectual exercise, but how do I use it on a day to day basis?"

Brand archetypes touch everything you do and integrate into every customer touchpoint. It's the decor of your interior; the businesses you ally with; what your employees wear and drive;  your advertising and your social media posts; it's even the manuals and processes you institute.

What you sell might change over time, but your brand archetype should remain the same. Ben and Jerry's might sell new flavors of ice cream, but they'll always market it with the same cheeky, hippie flair that's marked the company for decades. IKEA will design new nightstands and bookcases, but with the same customer in mind.

By the way, it's challenging to look in the mirror and define your archetype. Take it from a guy who shepherds clients on the subject, but who has to stick to his day job for the foreseeable future until his own archetype wheel stops spinning.