How Circumstances Can Upend Your Social Media Ad Budget 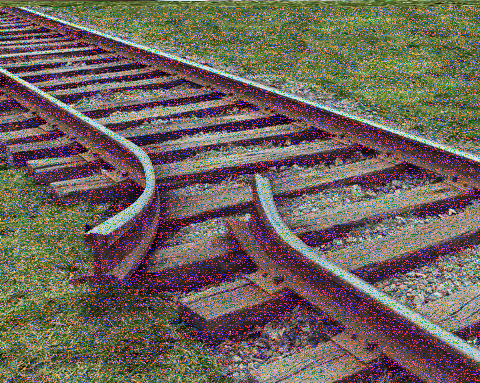 Facebook got gamed again this week by people trying to influence an election, and it's a great case study in why you need flexibility in your social media ad budget.

No, this time it wasn't Vladimir Putin sitting behind his desk at the Kremlin scheming a sequel to 2016. Facebook ad prices skyrocketed this past week because of a decision made months ago by the Democratic National Committee to set thresholds for which candidates qualify for televised presidential debates.

For the next set of debates in September, presidential wannabes had to receive at least two percent support in two credible polls and amass 130,000 donors from 20 different states with a minimum of 400 donors per state.

I swear! I did nothing!

Now if you're former Vice President, Joe Biden, that's an easy bar to clear. But with 24 mostly unknown candidates running for the Democratic nomination (as of a couple of weeks ago), there was a tsunami-sized need to reach people from across the country willing to listen to their pitch and perhaps contribute to their campaign. How do you do this?

Roughly 70 percent of American adults use Facebook, making it the second-largest social platform in the country (YouTube is #1), and the third most visited website (Google is #1).

Because Facebook collects so much data on its users (a discussion for another day), it's a gold mine for advertisers wishing to reach highly targeted audiences of say (in this case) Democrats.

Facebook's ad systems are auction-based, so higher demand for ad space drives up prices. Multiply that by 20 desperate candidates trying to gain exposure and donations from the same group of people, and you have a veritable free-for-all with the ultimate winner being...Facebook. According to the digital-ad research firm, political advertisers spent $92 million in the three months ending August 14. With an August 28 deadline to qualify for the next televised debates, that number, when released, will be significantly higher.

How Do I Protect My Social Media Ad Spend?

It's unlikely your average B2B or B2C company is going to target advertising to the same group of people as political candidates, so your company wasn't likely to be impacted by this chain of events.

The more significant point, however, is that unforeseen circumstances can wreak havoc with the average-sized company ad budget, especially on a platform that bases ad rates on an auction rather than on available inventory.

If you operate a local business with multiple competitors or rely on seasonal sales, the auction game can be quite costly. While you can lock in your rates on television and radio, it's the Wild West on Google and Facebook where you get to play a game of "Who Wants To Buy Mark Zuckerberg's Second French Villa?"

Fortunately, there are safety valves to protect you on these platforms. When creating an ad on Facebook or targeting keywords on Google, you can preset a cap limit on your advertising. So, for example, if your company can only afford $1,000 for an entire month of ads, both Google and Facebook provide the option to shut off your ads once you reach that threshold. You can also suspend your ads in real-time if you feel the auction prices have gotten outside of your comfort zone.

Spending caps aside, the reality in today's world of marketing is there has to be flexibility in the budget. No one can predict every twist of fate or how that might set forces beyond your control in motion. In this particular case, I'm sure it wasn't even a consideration for the DNC when they created the debate rules.

This episode is just the latest example of why DIY marketing is DOA. Your project manager, who does marketing on the side isn't going to see the peaks and valleys of prices until it's too late. Much like a stock broker, marketing and digital ad firms are paid in part for the nimble ways they respond to news that impacts their clients and maximizing their clients' money.

Don't get left out of the debate. Contact me and set up a free 15-minute call about how your marketing can make the cut.