Will Climate Change Be An Issue In 2020? 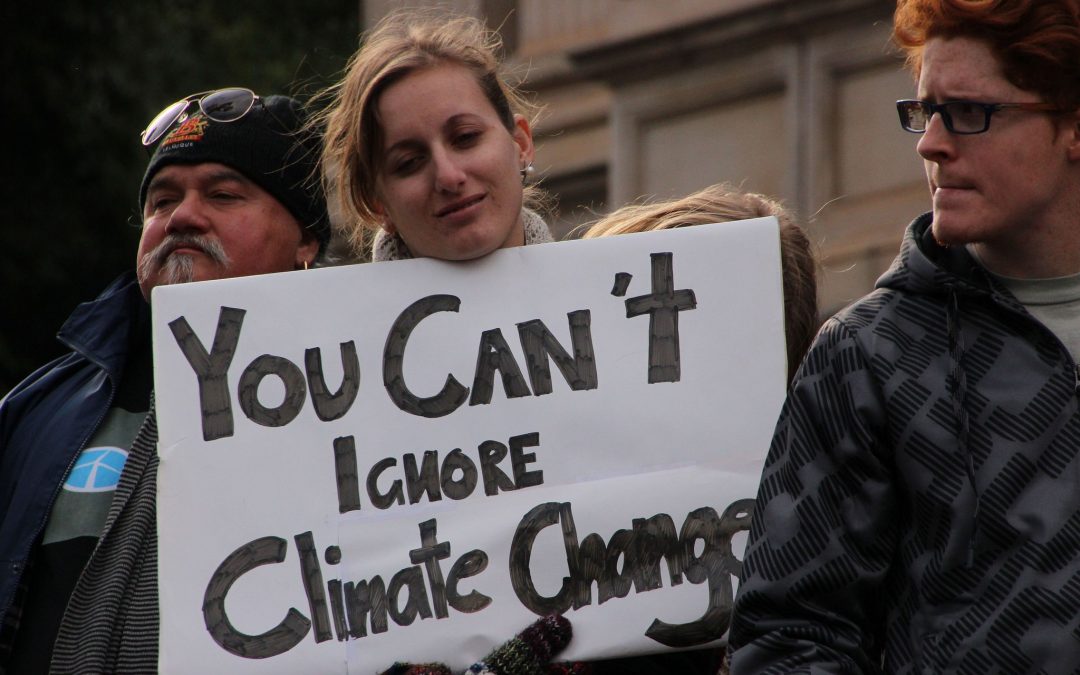 The Democratic slate of candidates running for President in 2020 has been rounded out with the delightfully appropriate "oops" announcement of former Vice President, Joe Biden. Now, attention turns to matters like what differentiates 15 left of center politicians, all of whom have views that are far more in common with each other than they are with the current White House occupant. And while all of them believe in man-made climate change and the need to address it, the question is how much attention the candidates and media will give it over the next 18 months?

Climate Change In The Democratic Primary

Primary elections are generally about four things: name identification, base loyalty (like endorsements), brand persona, and the big M- Money. Issues tend to take a back seat due to ideological constancy, and in a race with 15 candidates, issue positions will become muddled for the primary electorate, even though voters usually pay more attention to tend to public policy.

To that list of four key drivers of primary electoral success, there is one issue which might trump them all in the 2020 Democratic primary: electability. Last week, CNN came out with a new poll that showed a majority of Democrats would rather see the party nominate a candidate with a strong chance of beating President Trump (56%) than those who say they prioritize a candidate's issue positions (35%).

The anger and loathing of Donald Trump that exists among Democrats make winning not just the main thing anymore; it's the only thing.

There have been several polls in the last six months which have observed the same mindset among likely Democratic voters. It's doubtful this attitude will change as the election draws closer.

Since climate change has never proven to be a potent electoral strategy, it's likely to end up once again as part of a second-tier issue set. And while all the Democrats will talk about it and issue downloadable position papers on solving the climate crisis (both good things), even candidates appealing to "issue" voters are more likely to talk about economic inequality, health care and gun safety.

Two notable exceptions to the rule are "Senator, Bernie Sanders, and Governor, Jay Inslee. In the case of "Buhnie," his followers love him because he is unrepentant on the issue and has been for years, while in the case of Inslee, he's built his entire political persona around climate change and is as close to running a credible single-issue candidacy as Americans have seen since the Vietnam War.

After becoming Prime Minister of England, a journalist asked Harold Macmillan what would determine his government's course. Macmillan's famous response was, "Events, dear boy. Events." This truism holds for climate change as an issue in the 2020 general election.

We already know the Democrats will nominate someone who believes in man-made climate change and is in favor of doing something about it, while President Donald Trump does not believe in man-made climate change. At a blush, it would seem like this would be a ripe opportunity to exploit a high profile differentiator between the candidates, but in all likelihood, the only way climate change will become a central issue in 2020 is if events dictate it.

Last year, we experienced a horrible calamity of forest fires, hurricanes, floods and storms, all of which are consequences of a warming planet. If the spring and summer of 2020 continue the trend of hotter temperatures, more severe weather events and fires, especially near East Coast media centers, climate change may very well become the elephant in the room.

Up until now, while climate change shows up on polls as an important issue, it's rarely a deciding factor for voters in crucial swing states. If millions of Floridians are running from the ocean in September and October 2020, though, all bets are off.

Will We Fiddle While The Climate Burns?

One of history's great canards is Nero playing the fiddle while Rome burned. Violins didn't even exist in 64 A.D., but the metaphor lives on.

Americans will have no such lasting excuse in 2020. We both know the causes of climate change and have invented at least some of the solutions to mitigate its impacts. The question that remains is how long we wait until we as a society are willing to take meaningful action? At the end of the day, politicians can talk themselves blue in the face about climate change, but in a democracy, change only happens when the populace demands it.

Had the Japanese not attacked Pearl Harbor, many historians believe the U.S. would have sat out the entire Second World War. While I hate to think something that drastic would have to happen for us to engage in a mobilized effort against climate change, I'm equally as sure one election (regardless of the outcome) won't spin our collective consciousness to put aside our differences and pull the wagon in the same direction.