COVID Is Changing The Climate Conversation 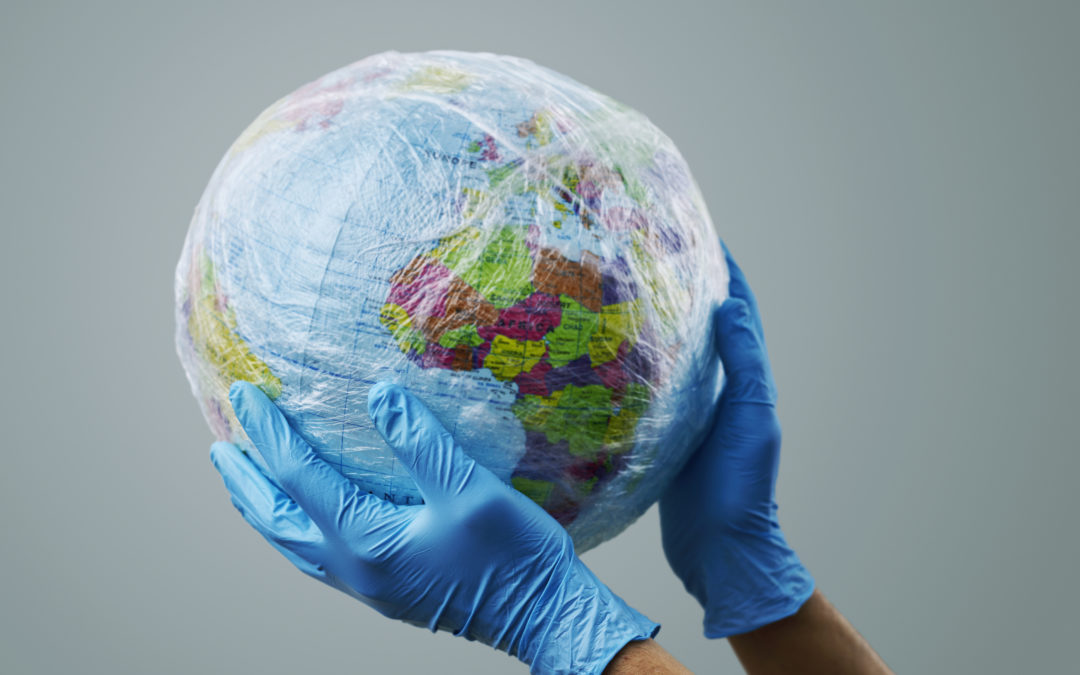 “The public is the only critic whose opinion means anything at all.”--Mark Twain

One of life's ultimate paradoxes is the nearly impossible task of changing a person’s mind while at the same time public opinion is never static. When it comes to climate change, we exist somewhere in the middle, painfully awaiting large swaths of the general public to accept proven facts.

And while facts are, in the words of John Adams, “stubborn things,” they tend to be inert, which is why they are such weak persuasion tools.

Events, on the other hand, encourage people to see the world through a new lens. Such has been the case when it comes to communicating the dangers of the climate crisis during COVID, according to the recent study published by the Yale Program on Climate Change Communication, who reported “Most Americans are convinced that global warming is happening (72% nationally).”

Science is always a casualty of intuition and bias.

You probably know Mr. Anyone Can Make Up Facts and Mrs. I Live In A Bubble Of Disinformation. They’re cousins of the My Grandpa Smoked Till He Was 90 And Never Got Cancer family.

Yeah, we still have to live with them and nod at their nonsense politely. But here’s the good news: there are fewer and fewer climate deniers than there were 12 months ago. This is not to say a majority of Americans are eagerly advocating for a carbon tax. Still, we can now stop wasting brain space trying to convince the last of the intractable that life on earth is in danger and move on to finding solutions.

One of the takeaways from COVID is that no man is an island, and what happens across the country (or across the world) impacts us all. While no climate scientist or advocate would have ever wished a pandemic to be unleashed to prove a point, this event has moved the needle as much and certainly more quickly than decades of painstaking research.

Facts Are Finally Winning, But That’s Just The Beginning

According to the Yale report, Americans can be placed into six categories when factoring for their opinions about climate change. From most concerned to least concerned, Americans may be “Alarmed,” “Concerned,” “Cautious,” “Disengaged,” “Doubtful,” or “Dismissive.”

A majority (54%) of Americans are Alarmed or Concerned today, with a small minority (18%) falling into the Doubtful or Dismissive categories. Even more promising, that small minority is decreasing every year.

As the report indicates, there has been a significant change in the last five years, with Alarmed Americans doubling and Dismissive Americans halving.

Support for climate solutions is increasing, which is promising because, as the report points out, “Climate change requires strong, coordinated, and sustained action.”

The Climate Crisis Is Knocking At Our Door

In some ways, Americans’ perception of the climate crisis reminds me of the old Saturday Night Live skit, Land Shark. At the outset, the shark would knock at the door of an unsuspecting victim and announce it was the delivery man from the Chinese restaurant, but the skeptical residents would never open the door. Eventually, after several aliases, the shark would say it was a land shark, and the victim would laugh and open the door, only to be eaten alive.

Just like that routine, ocean warming, tsunamis, hurricanes, and forest fires were a distant concern for most people that could be waived off. But when they opened the door and saw Mount COVID ready to consume them, it became personal.

Corporate America Knows Where Its Bread Is Buttered

For years, the climate crisis was ignored by the biggest and the greediest, but now companies are feeling the push to change.

While oil companies will always act like oil companies (read: Funding Climate Change Deniers), Apple, Ford, McDonald’s, and Microsoft have all committed to net zero emissions by 2050. More are joining the call to take massive action to counter the climate crisis.

Why? Because nothing speaks to corporations more than money and feet. Inside these institutions, educated and tech-savvy workers are increasingly saying no to working for companies whose values are mired in the last century. Attracting talent requires a bottom-up revolution in thinking amongst these behemoths.

Correspondingly, the largest demographic purchasers of consumer goods are the most likely to feel passionately about solving the climate crisis because they are the ones who have to live with the outcome.

Finding your company ‘outed’ in Mother Jones for black hat climate policies can damage fortunes in a matter of hours. In the old selling calculus, the house always won just by having a good product. Today, Millennials and Gen Z will get up and walk away from your table if they don’t like the dealer. Will Pastures Be Greener?

Where to from here? I heard former President Obama remind an audience recently that change doesn’t happen overnight and that showing up would make a difference over time.

I have seen plenty of changes in my lifetime. When I was born, it was still illegal for an interracial couple to be married in most countries, and homosexuality was a crime in many parts of the “civilized” world. Looking back, we wonder how our forefathers even held such views.

While we aren’t going to decarbonize overnight, public opinion is driving change to act and has taken the (zero emissions) car out of neutral. Americans are demanding solutions, and corporations are heeding the call. Our politicians, grudgingly or not, are soon to follow.

It might have taken a pandemic to shake America out of our climate lethargy, but the good news is, over time, change only moves in one direction--forward.