Does COVID Have A Silver Lining For Climate? 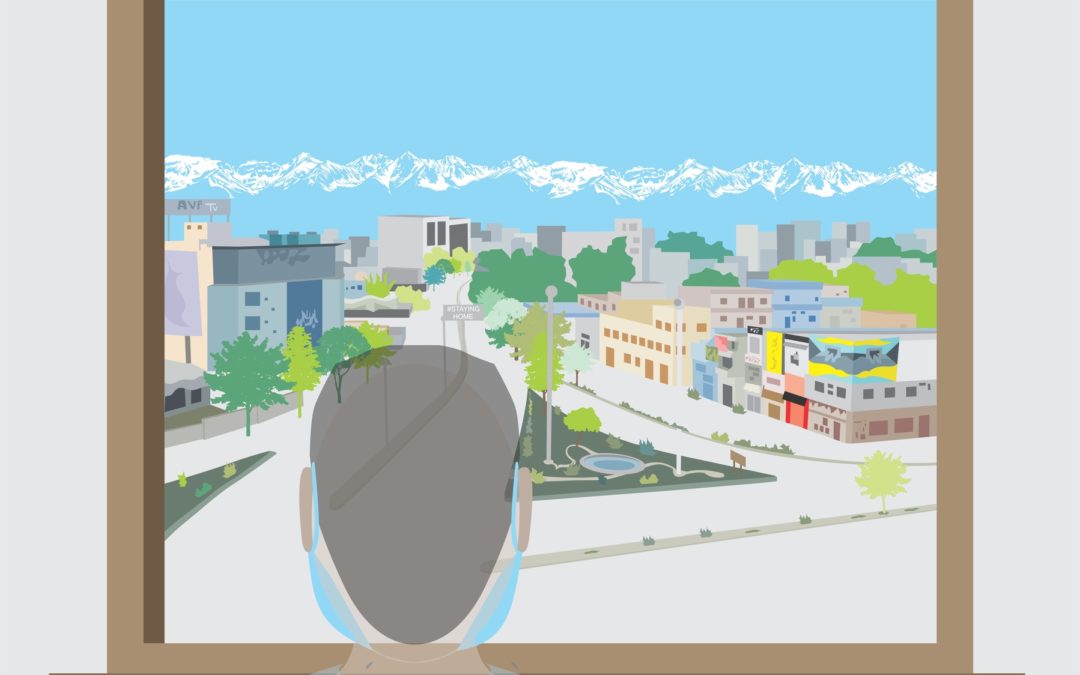 As the COVID-19 crisis has played out, I've been watching with increasing unease how some in the climate action community are uncomfortably close to cheerleading for the pandemic because of the unintended consequences of reduced global carbon emissions.

The repercussions of repeating this fallacy are only going to make the climb to actual carbon neutrality steeper.

Lessons From The Stock Market Crash For Climate Activists

Few Americans have heard of Jesse Livermore, but his tale carries essential lessons for the climate action community during the COVID-19 pandemic.

Livermore was a somewhat noted stock market speculator who made (and lost) his fortunes by selling the market short, that is, betting against stock prices rising. Just before October 1929, Livermore shorted the market and walked away with $100 million, which would be worth billions in today's dollars.

Given the ensuing panic, most of us would have taken the gains and lived a life of pastoral ease. But not Livermore. Maybe it was ego, but he proceeded to lose all of his winnings by 1933 and married a woman whose four previous husbands had all committed suicide. In 1940, Livermore turned that quartet into a quintet.

For those who believe in karma, I suppose his fate was inevitable as the Greek tragedies. For the rest of us, there's an important lesson to be had about dancing on graves.

Sometimes, brands and movements benefit from taking advantage of current events. Other times, the benefit is playing the long game and keeping quiet instead of trying to grab every molecule of oxygen you can. It's clear as clean air which one the climate community needed to play.

Look, I know it's frustrating to be shut out of a news cycle, let alone peoples' consciousness for an extended period when dealing with an issue like climate change that has a time bomb attached to it. But believe it or not, when facing a modern version of the Bubonic Plague of the 18th century, it's impossible to redirect attention to something that's a generation away from calamity.

Just weeks ago, Twitter was abuzz with pictures of clear skies in Los Angeles and Beijing, and talk about the "benefits" of the economic shutdown caused by COVID because they needed some reason, any reason to get people focused on climate change. So much for that. The New York Times reported this week that despite a short drop in overall emissions, carbon dioxide in the atmosphere has rebounded and is now at the highest levels in human history.

Unfortunately, in the Internet Age, memories might be short, but algorithms aren't.

Never tie your brand or your movement to anything that kills millions of people or leaves millions more in poverty because there is no silver lining unless you are the doctor whose name becomes famous for curing the disease or the savior who can afford to airlift every refugee in the world to a tropical paradise island where everyone lives happily ever after.

Because of our gluttony to have any kind of a climate message, I can assure you the massive carbon emitters who've been the bulwark of the resistance against a cleaner economy will waste no time beating the drum about how the crazy, elitist environmentalists were all too happy to have millions of working people get sick and die while others starved just so they could save some squirrels, trees and polar bears.

We have allowed them the opportunity to reset the climate debate paradigm at a time when substantive action finally seems possible.

Activities That Could Help The Climate

Change rarely happens for the morally right reasons we want, but because of some secondary reason. That's never been more accurate than in America in 2020.

If you want to do something to help, stop writing about how COVID helped drop global emissions as if it's economic orthodoxy, and start writing about the new clean and how it's safer and healthier for all of us than the status quo.

There's a reason air purifiers are flying off shelves. It's because people are fearful about what's in the air they breathe like never before. OK, let them know what pollution does to their lungs and how a green economy helps.

The airline industry has taken a significant hit during the pandemic, and thousands of employees have lost jobs. This upheaval is an opportunity to drive home the message that cleaner airline fuel will not only create thousands of new careers but also reduce pollution.

Of course, none of this can happen without legislation, and the November ballot will be choc-full of options of candidates who support action on climate change.

For starters, you don't have to be a climate voter to support Joe Biden in November (and don't whine to me if he wasn't your first choice in the Democratic primary. Put on your big boy and big girl pants and use your energy to talk to voters in states that matter. Bernie is on the bus too, so hop aboard.)

You'll probably encounter voters who don't care about climate change. So what. Learn from the disaster of the COVID silver lining argument, and talk about what matters to them. Chances are, whatever the issue, Biden is probably the better choice given how low the bar is currently set.

The same goes for the Senate. Democrats will need 52-53 seats to enact the kind of meaningful climate legislation that's necessary to turn the tide on carbon emissions. That means we'd have to win every competitive Senate race in the country. If you're feeling feisty, go to Kentucky and help Amy McGrath unseat the Voldemort of U.S. politics, Mitch McConnell.

Just as with Biden, millions of voters will cast a ballot for a Democrat for Senate, but it might not be because of climate change. If you get hung up on that, we can kiss a Senate majority goodbye, and along with it, any chance to build a greener economy.