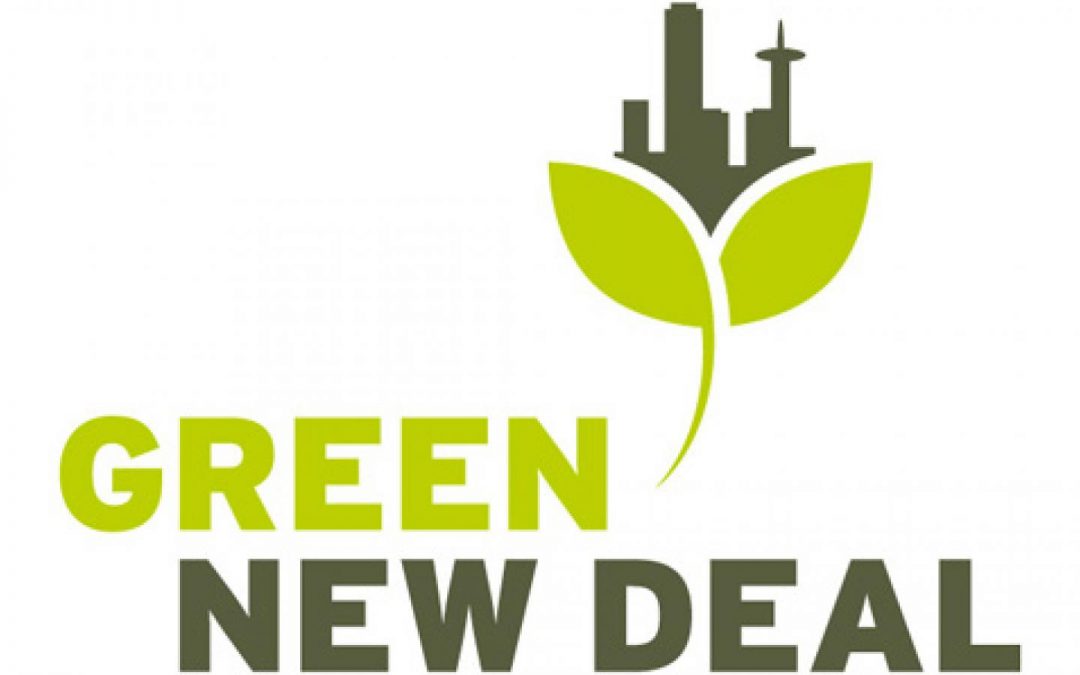 It moves us one step closer to the low carbon economy of the future.

Before I'm voted out of the club for heresy, there's much I admire about the recently released Ed Markey/Alexandria Ocasio-Cortez sponsored Green New Deal. Much of it I'd like to see enacted into law. It's just not going to happen this year or with this document.

The reason I know this is the first word underneath "In The House Of Representatives," it says "Resolution." For the uninitiated, a resolution is a non-binding document stating the will of Congress. It has no legal impact. And while that might disappoint you from a policy perspective, it's good politics. Congresswoman Ocasio-Cortez has admitted as much.

The real goal of the resolution is to inject the issue into the 2020 campaign, first by getting Congress to vote on it this year, and second to keep climate change in the headlines. With 70 percent of the electorate now saying they believe in climate change and 81 percent support for the ideas in the Green New Deal absent partisan affiliation for the proposals, Congressional House Democrats feel this will be a defining issue for the Party nationally, and in swing House districts.

Before you get too giddy, however, be aware Republican Senate Majority Leader, Mitch McConnell, is already calling for a vote on the Green New Deal in his chamber. His goal is to get elected officials on the record with some of the more controversial provisions in the resolution, regardless of whether or not they are binding. He knows an affirmative vote on the Green New Deal will make it more difficult for Democrats who represent red states to get reelected next year. Republicans currently hold 53 seats in the 100-member chamber.

McConnell is also well aware 82 percent of the public has never heard of the Green New Deal,  and support drops sharply once the ideas in the resolution are attached to a political party.

What's In The Green New Deal?

The best way to describe this resolution is a political manifesto for the Democratic Party. For a party which has traditionally had difficulty defining its brand, this is a good thing. Instead of "vote against Donald Trump," the Green New Deal is a bold policy wish list, which will create a clear contrast with the current occupant of the White House.

Progressives will love that it embraces core issues like climate change, income inequality, racial injustice, higher education for all, affordable housing, labor standards, union organizing, family-wage jobs, and infrastructure development. But instead of going through the litany of policy prescriptives Democratic candidates typically reel off to appeal to every interest group (and put everyone else to sleep), they can state they support the Green New Deal.

Conservatives will love talking about the Green New Deal because they'll be able to blast their more liberal opponents for the spending cornucopia necessary to implement this agenda. Ridiculing their Democratic opponents for basing federal policy on "curbing cow burps"  is sure to get some laughs.

Will It Help Foster A Green Economy?

The cleantech community should be ecstatic about it because it's even more ambitious than President Obama's 2009 America Recovery Act and addresses all of the significant cleantech industries, including commitments towards:

What's Not In The Green New Deal?

First, props to AOC and company for NOT getting into the carbon pricing pigsty. This resolution is agnostic when it comes to cap-and-trade vs. carbon tax. That will get vetted through the committee process in Congress.

Similarly, the document smartly avoids picking preferred low-carbon technologies. As if passing this ambitious agenda won't be hard enough, watching the political left tear itself apart again over nuclear energy is a rerun no one wants to see.

For the same reasons, the Green New Deal conspicuously avoids any benchmarks other than the commitment to 100 percent 'clean, renewable and zero-emission energy sources. Because this is a political document, its level of specificity is commensurate with what voters will require--for now. When the Iowa caucuses draw near, we'll inevitably see Democratic presidential candidates parse out details to differentiate themselves from each other. Still, most if not all of the candidates will support the Green New Deal in principle.

Interestingly, there's no mention of land use planning in the Green New Deal, but this is an issue where state and local governments are going to have to take the lead.

We are long overdue for a climate change rallying cry in Congress. I suspect someday some of the more timid politicians in Washington, D.C. will thank Ms. Ocasio-Cortez for an idea that could only be considered brash by today's Congressional standards.

Will Green New Deal become the Democrats' three-word convention chant like "Build The Wall" and "Drill, Baby Drill" was for Republicans in 2008 and 2016? I doubt it. Unlike Trump's "Build The Wall," which is binary (you're either for it or against it), there are innumerable moving parts to pass legislation combatting climate change successfully. All of it will be up for negotiations, hostage taking and potshots from the sidelines. The only thing I can promise with 100 percent certainty is whatever passes will look nothing like the current iteration.

If a Democrat defeats President Trump in 2020, there are still obstacles to overcome. It's highly likely the Republicans will maintain control of the U.S. Senate, and this balance of power stalled the more ambitious parts of former President Obama's climate agenda for his entire second term.

Because of this endless stalemate, translating this resolution into law hinges on whether continued intense wildfires, droughts, hurricanes, and flooding finally cause voters in red states to demand the Republican members of Congress work in a bipartisan manner to tackle the toughest issue of our time.